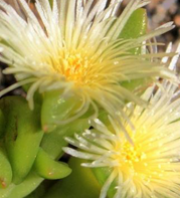 Sceletium tortuosum (Mesembryanthemaceae]) is a succulent herb commonly found in South Africa, which is also known as Kanna, Channa, and Kougoed). The plant has been used by South African Khoe as a mood-stabilising substance from prehistoric times. The first known written account of the plant's use was by Jan van Riebeeck and his crew from the good ship Drommedaris in 1662. The traditionally prepared dried Sceletium was often chewed and the saliva swallowed, but it has also been made into gel caps, teas and tinctures.

Over the past decade Sceletium and its many isolates have become our core focus. Our extensive research and development into this succulent has elevated our knowledge beyond the accepted norm. At present we are the sole source of customised mesembryanthemum compounds - both stabilised and standardised - on a commercial scale. 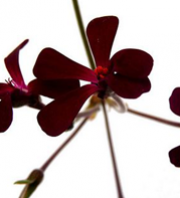 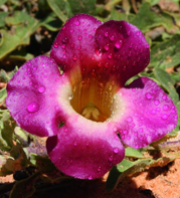 Harpagophytum, also called grapple plant, wood spider and most commonly devil's claw, is a genus of plants in the sesame family, native to southern Africa. This is commonly called Devil's Claw due to the peculiar appearance of its hooked fruit. The plant's large tuberous roots are used medicinally to reduce pain and fever, and to stimulate digestion. European colonists brought devil's claw home where it was used to treat arthritis. Harpagoside is currently in phase 2 of clinical trials in the United States.